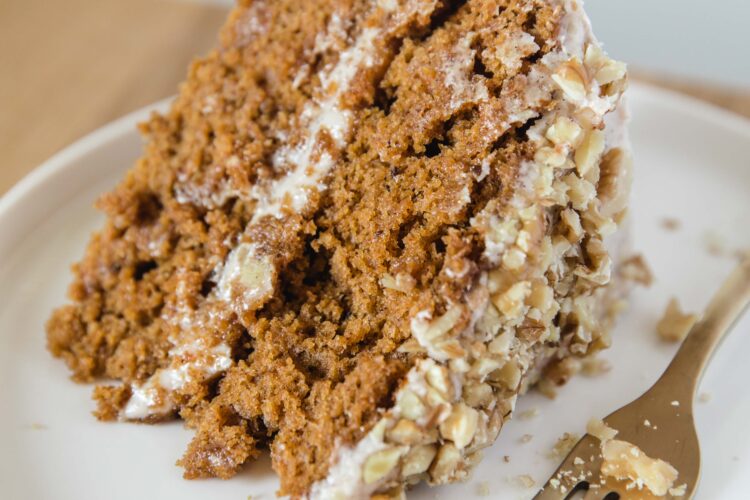 From my videos and posts I think you can guess that I really like desserts. And I have tried and made many! 😀 For research purposes and pure indulgent too. So, believe me when I tell you that this VEGAN Pumpkin Cake With Cinnamon Buttercream Frosting is, at least in my top five best desserts, if not the number one. It is crazy how good this cake is! It is rich and moist while still being very light at the same time. And it is so light, that it makes you wander how did it make to the plate in one piece!

For the start ingredient in this vegan pumpkin cake recipe, I used butternut squash. But any pumpkin you prefer will do!

I would also recommend to sift the flour for this vegan pumpkin cake best recipe. It helps make the cake light and airy. And that is one of it’s best characteristics.

For the frosting, for this best ever pumpkin cake I used vegan margarin. But you can use vegan butter too.

This pumpkin cake no eggs is very sweet. So, if you want it less sweet you can reduce up to 30% of sugar in the batter.

To make the lax egg for this no egg pumpkin cake recipe I had to ground flaxseeds. And that took forever! 20 minutes at least! So, if you can, buy ground flaxseeds to save some time.

You should leave the cake in the fridge before cutting. But if you don’t, like I didn’t have, it is fine to cut into it right away!