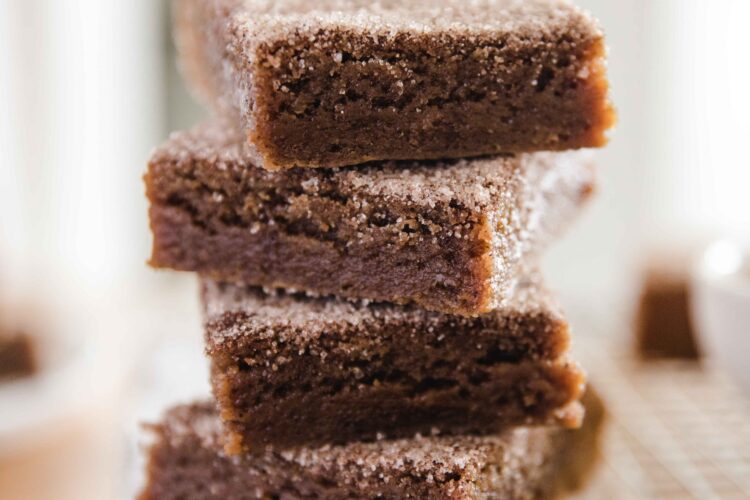 Autumn is just around the corner and I am very much looking forward to do some autumnal cooking and baking! These Cinnamon blondies are first for this season! They are so perfect for when you crave something with cinnamon but don´t want to spend a lot of time in the kitchen.

This recipe with cinnamon is incredibly simple and what I love about it is that you don´t need any special equipment.

Only thing to remember for these cinnamon sugar blondies, is to have the egg at room temperature and use brown sugar for the batter if possible. Brown sugar add slight caramel flavour and it helps keep the blondies fudgy.

Base for this cinnamon blondie recipe is standard blondie base. So it is really easy to add any flavour you like to it.

You can use brown sugar for the topping as well, for these cinnamon sugar blondie. But white adds little contrast and almost sparkle to the top of the bars. And it looks irresistible!

There is a video in the end of this post where I show how to make cinnamon blondies plus two more blondie recipes.

If you liked this easy blondies recipe leave me a comment. And if you make them, tag me on Instagram!

For more food inspo check out my Pinterest page.