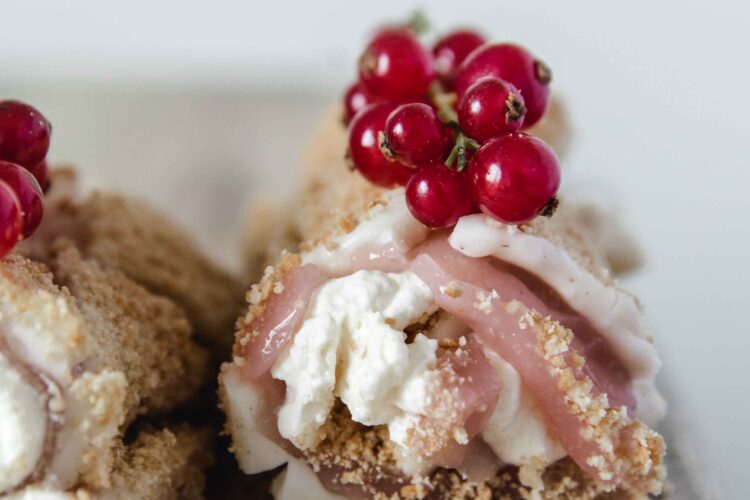 It’s been a while since I posted cool tiktok desserts – Sultanova Sarma type of post/video. And this time I am posting recipe for Sultanova Sarma or Pasa Lokum. This is a pudding and no bake dessert which is popular in Balkan countries.

These tiktok no bake desserts are basically pudding and cream. And with that base options are endless! You can experiment with different flavored puddings, coating, fillings…

So, for this tiktok dessert recipes I made three different flavors of the same dessert. For base I used chocolate and vanilla pudding which I then paired with fruits and different coatings.

Next time I will definitely try this cool tiktok desserts – Sultanova Sarma combination chocolate and Oreo. Also biscuit with banana.

If your pudding ends up being lumpy, for this tiktok dessert hacks, just use hand mixer, one that you use to make the soup, and mix the pudding until smooth.

For the one with red currants I used red currant juice and fruit. But you can use sour cherries, raspberries or any berries you like for this tiktok dessert recipes easy.

If your rolls brake as you are rolling them, just sprinkle more coating on top. I also find that if you make the layers thicker they are less likely to brake.