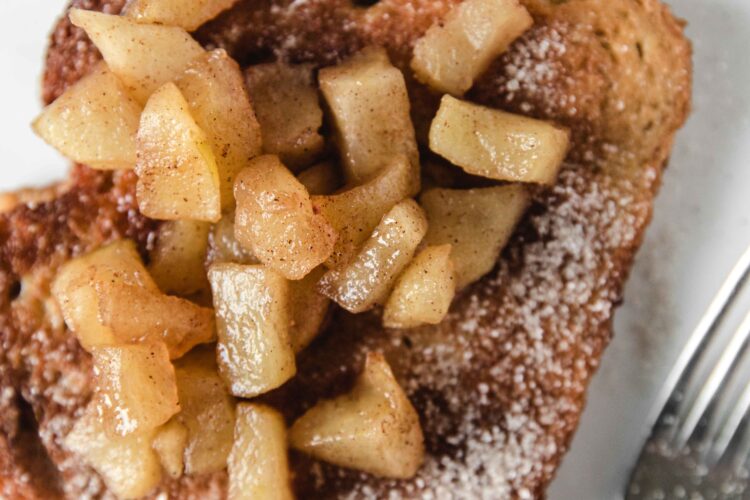 I had some stewed apples over from a different recipe and was wandering what could I do with these?! So, I came up with this apple cinnamon French toast. A brilliant and new (for me) recipe I fell in love with instantly!

This apple toast is great and quick to make for sweet breakfast or dessert. And now that apple season is here I am trying to use apples more in my cooking and am always thinking of the nest apple dessert easy.

Maple syrup would me also nice on top of this stewed apple french toast. And even some chopped pecans or walnuts for crunch.

Thanks to this french toast with apples I am getting more ideas on how to make toast. Coming up with new recipes and food combinations is the most exciting part!

If you liked this easy apple dessert recipes with fresh apples and would like to see more similar recipes, leave me a comment and let me know!