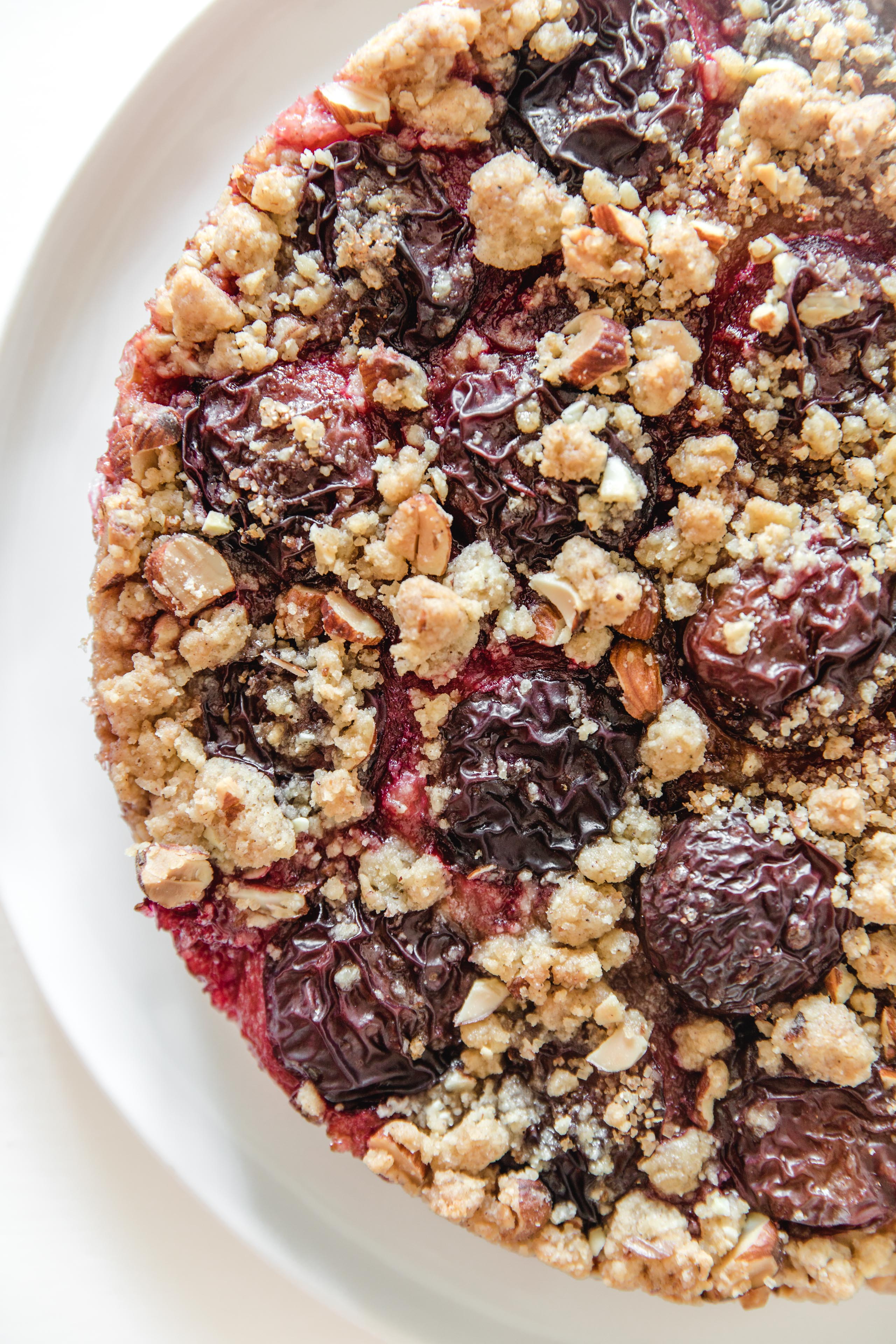 First time I tried this cake was at the Frankfurt airport, when my husband and I were going home from a holiday, and we had a layover there. I absolutely fell in love with the cake! It is juicy, a little sweet and sour from the plums. It has just enough dough underneath the plums and just enough crunchy topping for the most exciting texture! It also looks beautiful!